We know that hard-core NBA fans are very fond of our extension! Because, we knew our users taste and we always try to bring an exceptional experience for them just as we prepared this LeBron James themed extension. But first let’s have look the summary of his career and why did we include him in our extension;

In 2003 NBA meets its new star, LeBron James the ‘’Choosen One’’. Even in his high school career, James is always the centre of the conversation. His exceptional talents and physique are always makes him a danger on the court. Because of that, without joining a college he joins the 2003 draft. No one in the league or media find that odd because they knew that ‘’The Kid from Akron’’ is special and he is already qualified for the NBA. It was not a surprise to see awarded as ‘’2003 Rookie of the Year’’. As soon as he starts his NBA career, LeBron established himself as a star player. Not even his individual talents but his impact to the league is also needs to be in conversation. In a short amount of time LeBron became known as ‘’King James’’ who is a force to be reckoned with. Countless of NBA Finals appearances is a solid proof of that. Every team knows that if they want to become a champion, sooner or later, they need to face LeBron. 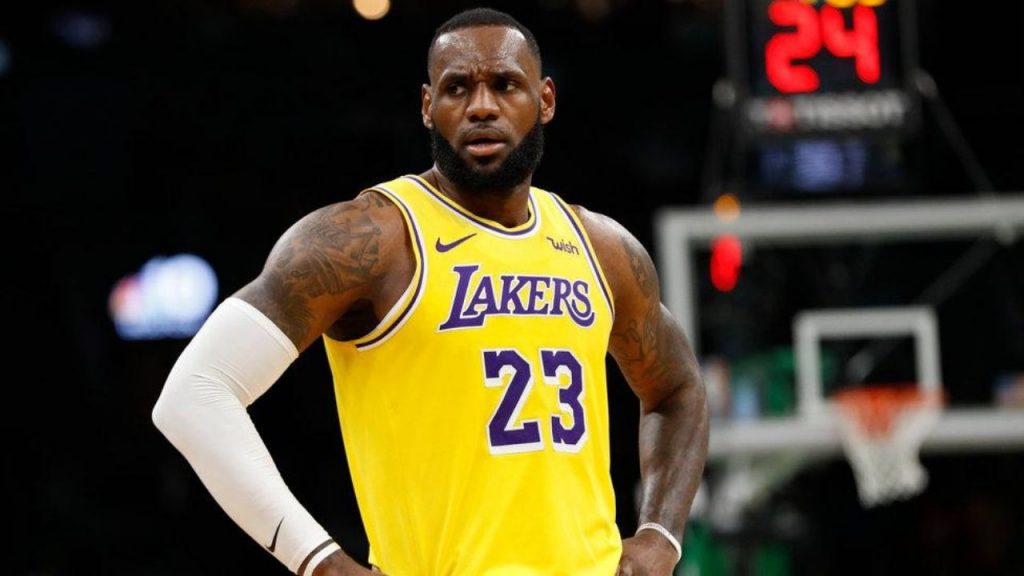 There are tons of examples to explain the greatness of him but one thing that makes him exceptional is his consistency. After a 17 year of NBA career he still puts numbers of the scoreboard, always on the front and never back down from it. He is literally a ‘’student’’ of the game, overcoming his weaknesses and turn them into a weapons in his huge bag of ‘’arsenal’’.

What will be included in the Extension?

We also have the same work ethic as King James and consistently improve your browser experience with this Chrome extension. As you begin to use it, you will see the qualities through our cool features. First of all we have tons of wallpapers including the iconic moments of LeBron James with high definition quality. These wallpapers become a theme of your Chrome browser, every time you open a new page. Since he is now a player of Los Angeles Lakers, we have also included the colours for thematic purposes. There is a search engine in the centre part of the page for making direct searches on Google. Popular links provides a direct access to popular web sites without typing on the search bar. With that, you save time while browsing. There also social media icons to serve the exact purpose. If you install our optional (easy to uninstall if you are not about using it) extension, you will begin to see that it is cool and exceptional.

We think that every NBA fan knows that LeBron James brought greatness to the world of basketball. Our extension has the same mentality behind it so that you will feel the same ‘’greatness’’ while you surfing on internet.

Hey there NBA fans! Let’s have look the Stephen Curry extension. We prepared many features …