God of death a Shinigami have an ability to kill his victims by writing their names on a notebook called Death Note. Ryuk is one of the Shinigami and he is bored from this lifestyle. One day, he decides drop the death note to see what will happen a human finds it. Our main protagonist, high school genius Light Yagami stumbles upon the Death Note and test it. Since he is as bored as Ryuk, Death Note becomes his instrument to punish the criminals. After that it becomes literally to a crusade for Light to extinguish all the criminals from the world. While Light conducting a justice with his weapon, police identifies him as a serial killer who is targeting the criminals without knowing his identity. 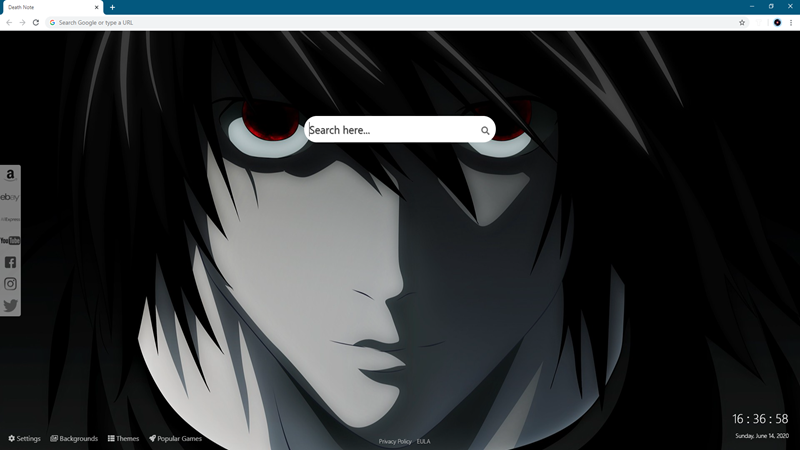 Investigator applied for the best detective there is found this dangerous serial killer. A young and eccentric character who is best in the business going by the name L. Death Note is one of the universally recognized anime series that even non-anime fans know. You should consider to use our extension, prepared by the artistic style of Death note for your customized browser. Also, you can check the wallpapers selected wallpapers down here. 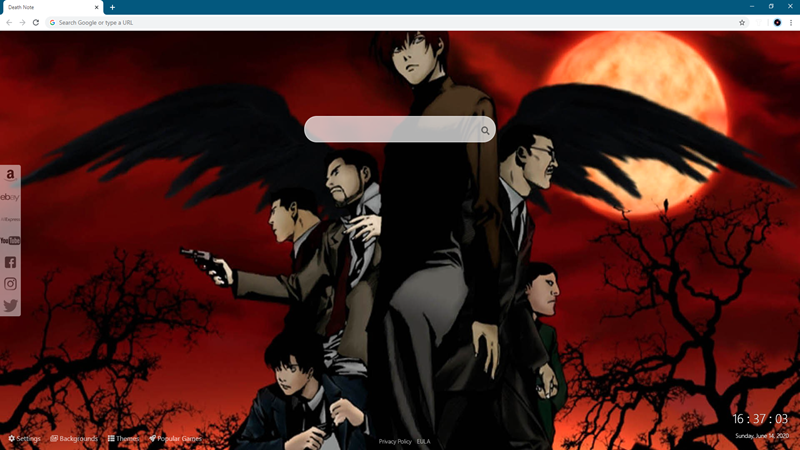 Death Note, leaves its mark to world of anime almost 25 years. The main reason for this popularity is the series deals a rivalry between to geniuses. Light and L two extraordinary minds battle with mind games and forethought. 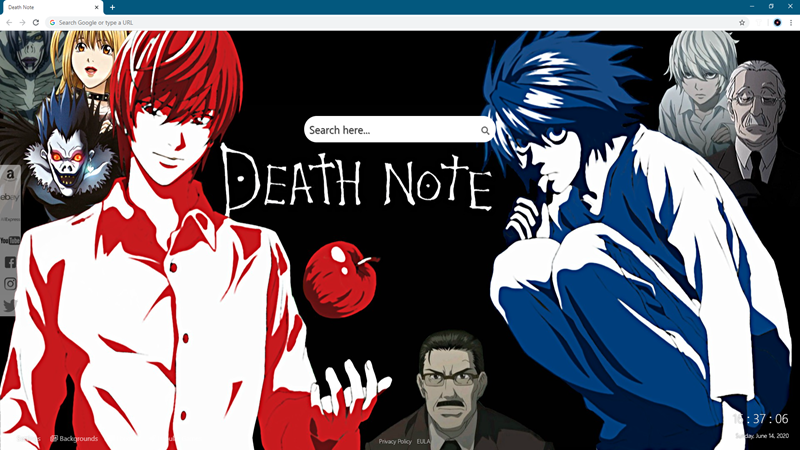 Since Light does not know the actual name of L, he needs to use his mind to outwit him. Aside from his genius Light have supernatural force to his disposal; a Death Note. With this he becomes an impossible hard to catch serial killer. This well constructed plot, well-placed symbolism and countless motifs make the Death Note an anime, passes beyond its time period. 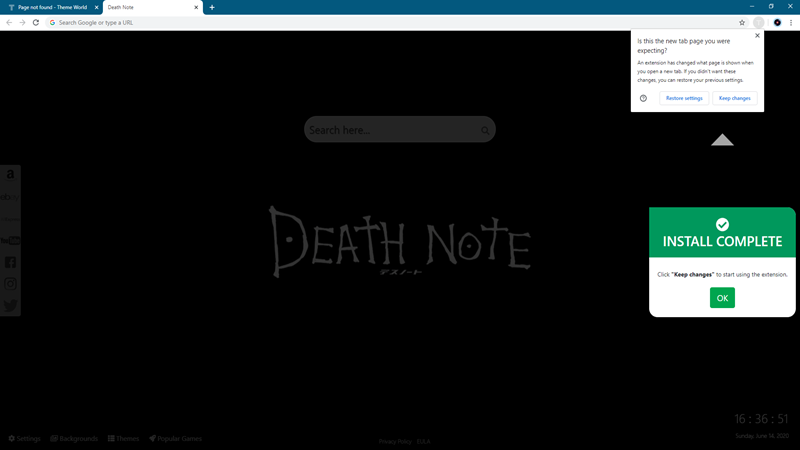 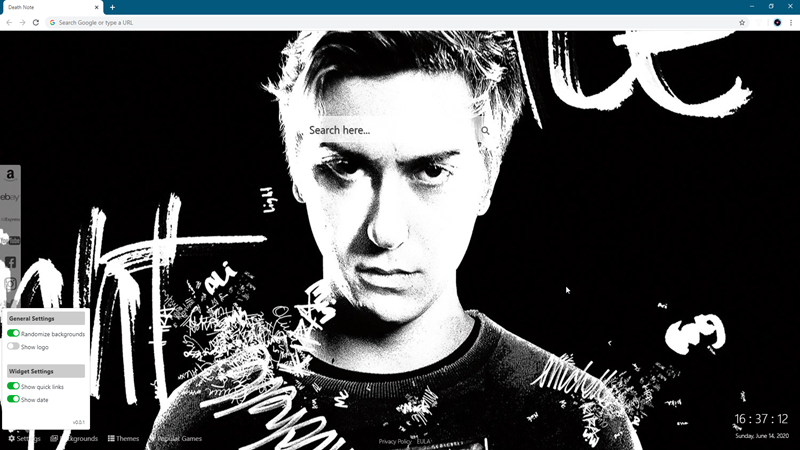 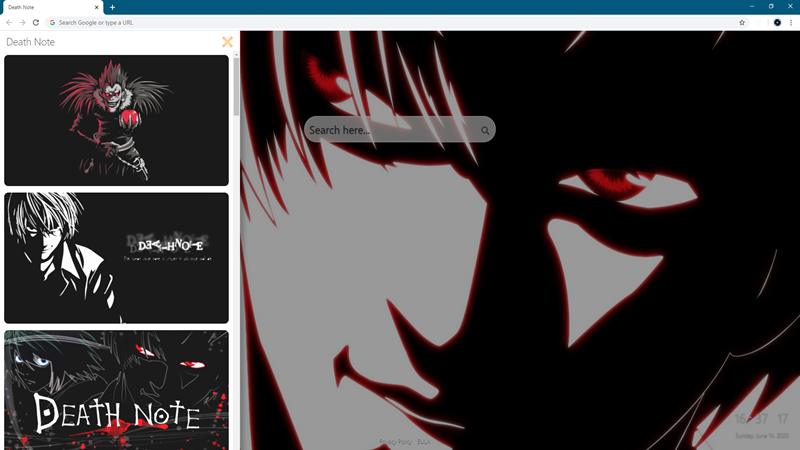 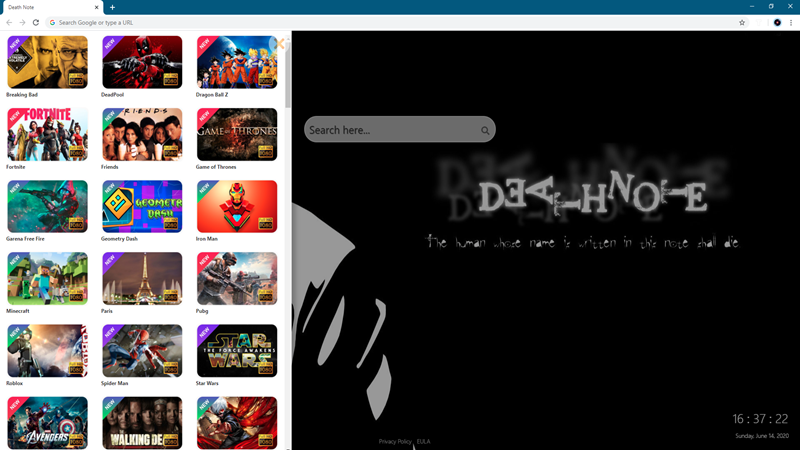 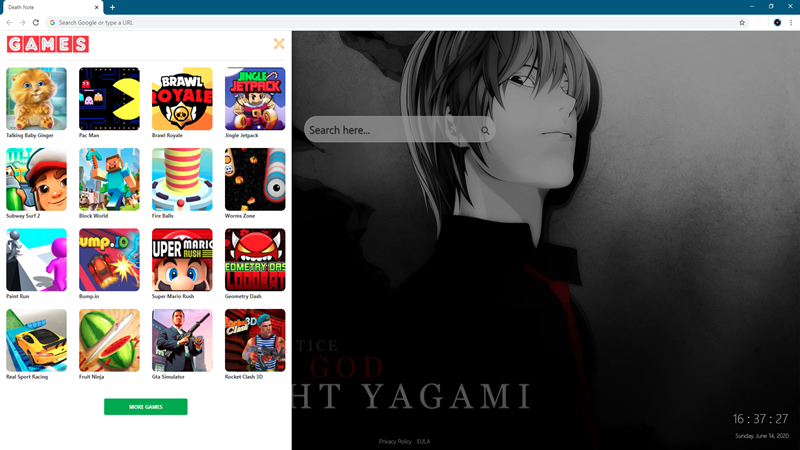